Buffalo State's criminal justice program is the oldest in Western New York and the second-largest program on campus.

Our well-qualified, nationally known faculty are trained in a variety of disciplines with a policy-oriented curriculum, grounded in the social sciences.

Classes are relatively small and the department is involved in the community with a well-developed internship program.

Our Spring Newsletter Has Arrived! 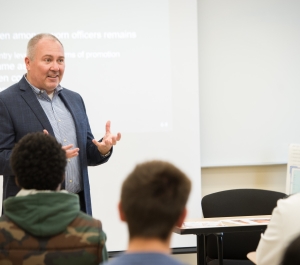 James Sobol, associate professor and chair of Buffalo State College’s Criminal Justice Department, discussed buyback programs in a recent article and news segment on Chicago’s ABC News Channel 7. The piece, “Gift Cards for Guns: What the Chicago Police Department Gets from Firearm Turn-ins,” looks at one of the tactics Chicago police use to get guns off of the streets. While the practice of buying guns back may sound good, it may not be doing much to deter crime, according to the story. Often, the guns are rusty, old, or damaged.

“​​Criminals are the least likely folks who are going to be turning the guns in,” Sobol said in the story.

Others interviewed for the piece, including the director of the Chicago Police Department’s Office of Community Policing, argued that just getting the guns off the streets, even if they’re old or rusty, was enough to continue the programs. 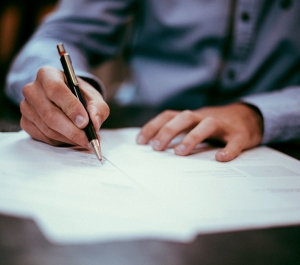 Data for the current study derived from written documents and interviews. Results indicate that one individual who possesses the appreciative cultural and social capital can successfully mobilize collaborative research agendas between academics and police officers. These forms of capital (i.e., cultural and social) offer a new outlook on negotiating the obstacles that inhibit successful research collaboration between both professions.

Our Goals and Objectives

The goals of the criminal justice department are several. The primary goal of the department is to provide a comprehensive, current, and intellectually challenging education in the discipline of criminal justice to our students. This is an education that blends professional and academic coursework with the social sciences and liberal arts. Through learning and the dissemination of knowledge, the broadly defined role of the department’s multi-disciplinary faculty is:

A second goal consists of involvement in scholarly activities. This includes but is not limited to such activities as the conduct of basic and applied research; the publication of books and monographs and articles in refereed journals; and, the presentation of papers before learned and professional societies and at professional meetings.

A third goal of the criminal justice department is one of providing a broad range of professional service activities to the college and community. The broad scope of this goal can include participation and leadership on departmental, school, and collegiate committees; technical and consultative activities with particular criminal justice agencies; assistance to citizen groups interested in crime-related issues or topics; and, speaking engagements and service germane to the profession of criminal justice.

To the extent that the faculty can accomplish these goals, they will provide students with a strong foundation to pursue careers in criminal justice or related areas, and for future graduate education.

Fall 1991, the Criminal Justice Department introduced a new undergraduate curriculum. New courses reflected the changing nature of crime and the response to it.
New elective course offerings were added to the Criminal Justice Minor in 1992 and again in 1996. A more diverse list of supporting electives provided students with flexibility and reflected the growing demand and interest in criminal justice courses.

The Criminal Justice Department at Buffalo State had its beginnings in 1970. The initial emphasis was to train and educate law enforcement personnel, such as police officers, probation and parole officers, prison and security personnel. The program was designed to prepare graduates for graduate work in law and social work. Few colleges had such a program, and only two existed in New York State, the City University of New York (1964) and the State University of New York at Albany (1968).

Beginnings
Concern with crime problems was first formally reflected in the offerings at Buffalo State College in September 1969. That semester a new program in Police Science was implemented. The program was established primarily to allow graduates of two-year community college police science programs to continue their education to the baccalaureate level. This change came at a time when police science was being broadened into criminal justice programs stressing the interdependence of all agencies in the criminal justice system. 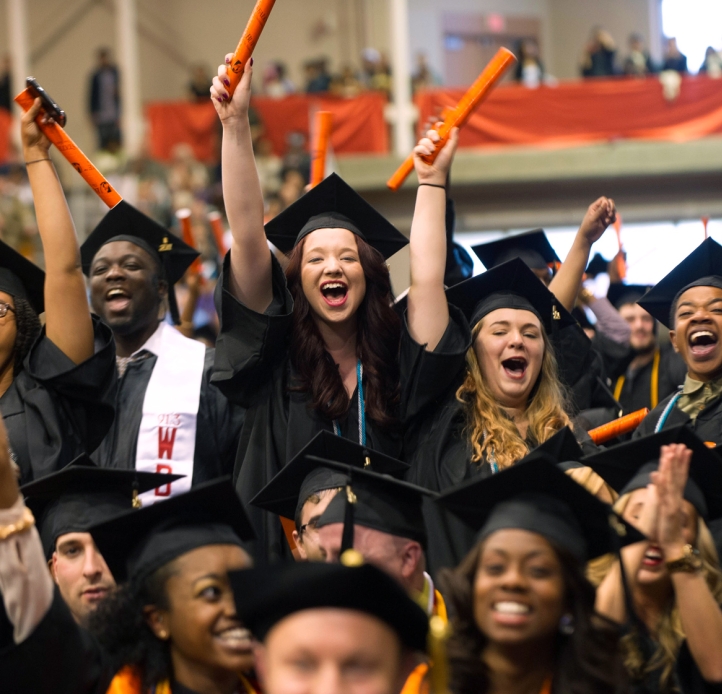 The Criminal Justice Department has always maintained a strong connection with our alumni. You are part of a network that is 100,000+ strong!

We encourage graduates to join the Criminal Justice Alumni Chapter or serve on its Executive Committee.